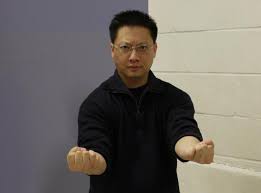 Having trained in other kung fu systems but was always in search of a deeper system in both internal and external aspects. He discovered Southern Mantis Kung Fu in the late 1980’s and was attracted to its directness, the devastating power behind the techniques, plus the preservation of “Loi Gung” (special training sets which are now very rare).